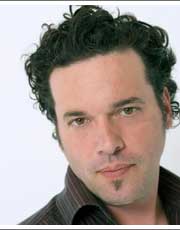 When Joseph Boyden was attending a Toronto high school named after a Jesuit who had been tortured by the Iroquois in the seventeenth century, he decided to cut his hair in a Mohawk style. His act of defiance had a predictable result: “I was,” he says, “gently asked to leave.”

With his new novel, The Orenda, Joseph turns his considerable literary skills to those same Jesuits of missionary days. His roots are not Mohawk, but Irish, Scottish, Cree, Metis, and Micmac – roots he has explored in all of his novels. The first, Three Day Road, focused on two Cree snipers in the First World War and was based in part on the life of Ojibwa Francis Pegahmagabow. The second, Through Black Spruce, is narrated by Will Bird, a Cree bush pilot, who recounts his life story from within a coma, while his niece recounts a parallel story to keep him alive. 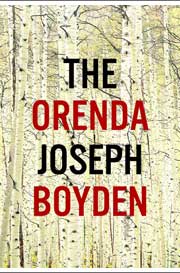 Joseph’s father was a medical doctor – and the most decorated medical veteran of the Second World War – who would shut down his practice every summer and take the family by boat to Georgian Bay. The more time young Boyden spent in the north, and especially around James Bay, the more nature and native religion called to him, as did the subject of war. Those are the great themes Joseph has continued to explore in his novels, a book of short stories and two works of non-fiction.

Joseph divides his time between northern Ontario and Louisiana where he and his wife, author Amanda Boyden, teach creative writing.