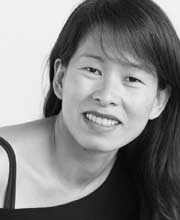 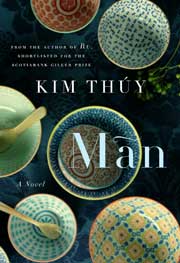 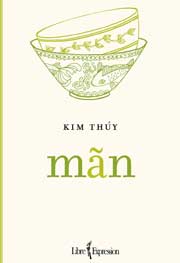 Kim Thúy fled Vietnam with her parents as a young girl as one of the boat people. She considers the family to have been lucky in their experience–settling in the Montreal suburb of Longueuil after only four days on the boat, and four months in a Malaysian camp.

The title of her new book, Mãn, Kim says, means “someone who doesn’t have any more desires, who is fulfilled, who has serenity because she doesn’t want anything else. The book is about a Vietnamese orphan–and Mãn is the name she got from her adoptive mother.” About Kim, La Presse writes: “[with Mãn] she shows that she’s equally capable of telling the stories of others: their exiles, their families, their passions, their sacrifices.”

Her debut novel, Ru, inspired by her own life, won the Governor General’s Award for French language fiction. Translated into English by Sheila Fischman, it was shortlisted for the Scotiabank Giller Prize, and the Amazon.ca First Novel Award. Ru has been published in more than twenty countries. In a review The Globe and Mail writes: “In strictly human terms, the book’s pivotal balance between endurance and despair is delicately, beautifully realized.”

Kim has several degrees from the Université de Montréal.