An Evening with Sally Armstrong 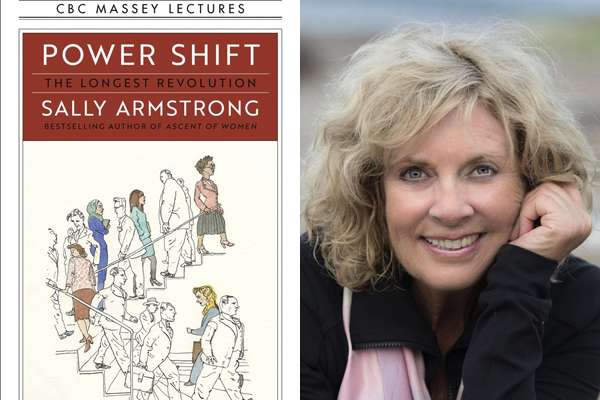 *Advance ticket sales have now ended. Tickets are available at the door for $25*

Join Kingston WritersFest for our final event of the 2019 season featuring award-winning author, journalist, and human rights activist Sally Armstrong. Sally will present her new book Power Shift: The Longest Revolution, the subject of her 2019 CBC Massey Lecture. Sally illustrates how the status of the female half of humanity is crucial to our collective surviving and thriving. Drawing on anthropology, social science, literature, politics, and economics, she examines the many beginnings of the role of women in society, and the evolutionary revisions over millennia in the realms of sex, religion, custom, culture, politics, and economics.

Books will be available for sale at the event, and a book signing will follow the onstage conversation and an audience Q&A.

About the Author
Sally Armstrong is the author of four bestselling books: Ascent of Women: A New Age Is Dawning for Every Mother’s Daughter, The Nine Lives of Charlotte Taylor, Veiled Threat: The Hidden Power of the Women of Afghanistan, and Bitter Roots, Tender Shoots: The Uncertain Fate of Afghanistan’s Women. Sally has covered stories in conflict zones from Afghanistan, Bosnia and Somalia to Rwanda, Afghanistan, Iraq, South Sudan, Jordan, and Israel. She is a four-time winner of the Amnesty International Canada media award, the recipient of ten honorary degrees, and an Officer of the Order of Canada. She was born and raised in Montreal, lives in Toronto, and spends the summer in New Brunswick.