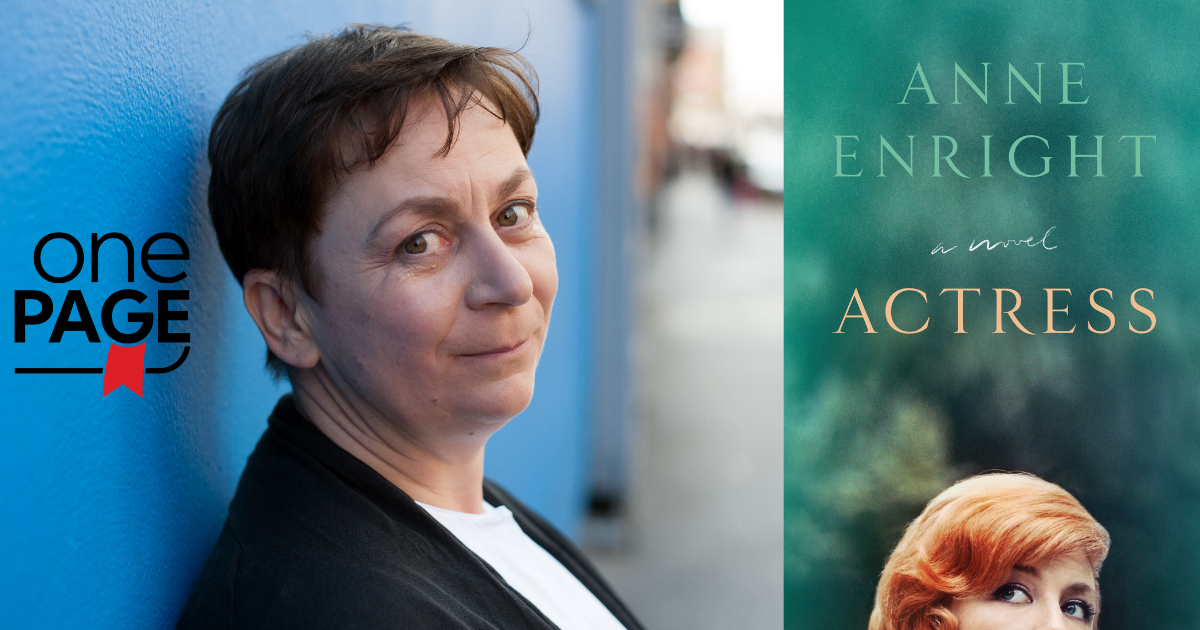 Join KFPL and Kingston WritersFest, along with libraries and festivals across Canada, for the second event in the inaugural  One Page: Canada’s Virtual Literary Series programme!

In Anne’s seventh novel, Actress, the Irish writer explores the creation and destruction of celebrity in the character of Katherine O’Dell as told through the eyes of her daughter, Norah. Along the way, Enright traces the tragic legacy that Katherine’s celebrity leaves when she dies young and the unique world that Norah grows up in with a mother whose pain ultimately pushes her into madness. It’s one part A Star is Born with the portrayal of fame on an individual life trajectory and the rise and fall; and it’s one part The Joy Luck Club with its complex and contradictory view of the bonds between mothers and daughters.

Anne talks about Actress with the editor of Canadian Notes & Queries, Emily Donaldson, and the complex relationship that binds us to and cuts us off from our childhood heroes as well as to the pull of celebrity and its potential for destruction.

About the author
Anne Enright won the Man Booker Prize and the Irish Fiction Award for her novel The Gathering, which became a longtime national bestseller in Canada.   She has published two books of stories, collected as Yesterday’s Weather, and her most recent novel was the internationally acclaimed The Forgotten Waltz, awarded the Andrew Carnegie Medal for Excellence in Fiction.  Anne Enright lives in Dublin.

Emily Donaldson is a critic, writer, and editor whose work appears regularly in Canada’s major newspapers as well as other publications. She is currently the editor of Canadian Notes & Queries. In addition to her freelance work, Emily worked as a writer for a community newspaper in Sioux Lookout, Ontario, and for six years at the CBC in Toronto. Emily’s Master’s thesis, on Virginia Woolf and modernist art theory, won Concordia University’s English Department thesis prize and was nominated for a Governor General’s Award. Born and raised in Montreal, she now lives in Toronto with her husband and two sons.