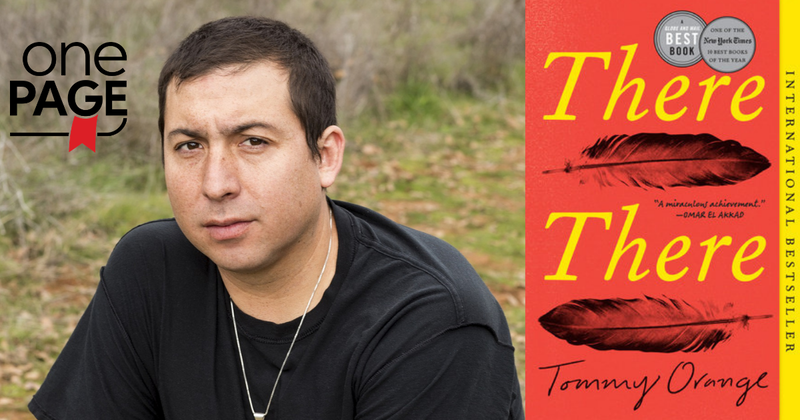 Join KFPL and Kingston WritersFest, along with libraries and festivals across Canada, for the third event in the inaugural  One Page: Canada’s Virtual Literary Series programme!

In a sweeping yet nuanced exploration of identity and the role of Native Americans in a contemporary urban America (in this case, Oakland, California), Cheyenne and Arapaho author, Tommy Orange’s novel There There presents a complex portrait of urban life and the impact that racism, ignorance and historical wrongs have had on an interconnected group of Native American characters. Inspired by a Gertrude Stein line about Oakland and all the ways it changed upon her return (“there is no there there”), Tommy plays with this paradox of cities being both permanent and ever-changing places of nostalgia, desperation and success. The best-selling novel, one of America’s most critically acclaimed works of fiction in recent years, was a finalist for the 2019 Pulitzer.

Tommy Orange is a graduate of the MFA program at the Institute of American Indian Arts. His debut novel There There was a the finalists for the 2019 Pulitzer Prize and winner of the American Book Awards. An enrolled member of the Cheyenne and Arapaho Tribes of Oklahoma, he was born and raised in Oakland, California.

Waubgeshig Rice is an author and journalist originally from Wasauksing First Nation. His first short story collection and debut novel, Midnight Sweatlodge and Legacy both won an Independent Publishers Book Award. His latest novel, Moon of the Crusted Snow became a national bestseller. Waub has worked in a variety of news media, reporting for CBC News for the bulk of his career. In 2014, he received the Anishinabek Nation’s Debwewin Citation for excellence in First Nation Storytelling. His most recent role was host of Up North, CBC Radio’s afternoon show for northern Ontario. He left CBC in May 2020 to focus on his literary career. His proudest roles are as dad to Jiikwis and Ayaabehns and husband to Sarah. The family splits its time between Sudbury and Wasauksing.