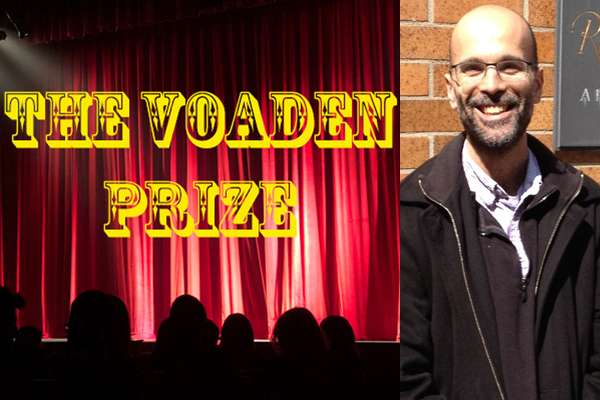 Kingston WritersFest and the Dan School of Drama and Music proudly present a staged reading of Damian Tarnopolsky‘s The Defence, the winning play of the 2019 Herman Voaden National Playwriting Competition. Join us for an exclusive first look at the winning play at Kingston WritersFest. Previous Voaden Prize winners include Jordan Tannahill for Late Company and Norman Yeung for Theory. This year’s best play, announced at KWF’s July launch, receives a prize of $15,000.

Co-presentation of KWF and Dan School of Drama & Music

All regular onstage events for 2020 are free, although donations are gratefully accepted.

Tickets for Writers Studio master classes can be purchased directly from the website – click the Buy Now button.

FEES: All ticket prices include HST.

EXCHANGES and REFUNDS: We do not offer exchanges or refunds on tickets (except when an event is cancelled), so please plan before you buy.