Adam Gopnik “can manipulate language until it becomes its own sensual pleasure.” —The Philadelphia Inquirer

For the young, for the artistic, for the ambitious, New York City has always been the place to be. That’s certainly what drew young Adam Gopnik and Martha, his soon to be wife, to the city from Montreal in 1986. They found a place where they fit in and could realize their dreams – even as the city itself was changing, becoming ever more driven by greed. Named for the most magical of the 20 gates leading into Central Park, At the Strangers’ Gate is the story of their transition from awe-struck newcomers to New York family, one featuring Adam’s professional rise and including affectionate portraits of Richard Avedon, Robert Hughes, and Jeff Koons and other New York notables.

Adam has been writing for The New Yorker since 1986. He is a three-time winner of the National Magazine Award for Essays and for Criticism and the George Polk Award for Magazine Reporting, and in March of 2013, he was awarded the medal of Chevalier of the Order of Arts and Letters by the French Republic. Adam lives in New York City with his wife and their two children. 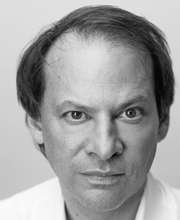