Called “Canada’s Indiana Jones” by the Toronto Star, Adam has proven that the age of exploration is far from over. His expeditions into Canada’s wilderness have generated new geographic knowledge, as well as international headlines.

“It’s a pretty big deal that we still have unexplored territory in this day and age,” says Adam. “We don’t know the world nearly as well as we think we do.”

Adam’s forthcoming book, Alone Against the North chronicles his adventures in the largest unexplored wilderness on the planet, the Hudson Bay Lowlands. He was determined to paddle an uncharted river. After several attempts and years of research, he eventually found the headwaters of the Again River and discovered something incredible: a towering, unmapped waterfall that captured both his imagination, and the world’s.

Adam’s interview about his discoveries in The Guardian made him an instant celebrity. His adventures have been covered by the BBC, CNN, CTV News, CBC, The Globe and Mail, and other media outlets around the world. He was also named Explorer in Residence of the Canadian Geographic Society.

He is a Fellow of the Royal Canadian Geographical Society. When not on major expeditions, Adam frequently undertakes smaller adventures, writes on a variety of topics, and does archaeology.

He is working towards his PhD, specializing in interactions between Aboriginal people and explorers, at McMaster University.

Appearing in 7. An Explorer’s Life, and 14. Writing Adventure: Journaling in the Wild 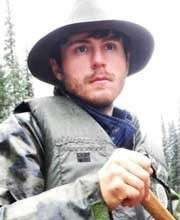 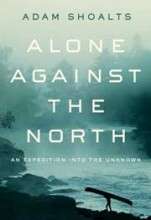