Writing wasn’t Adam Wilson’s first career choice. “Mostly, I wanted to be a baseball player,” he has been quoted as saying. “But that dream ended at age 12.” His novel Flatscreen, which was a National Jewish Book Award finalist, chronicles the life of “a lackluster high school graduate navigating suburban malaise, drug-addled entropy and the loss of authentic identity in the cultural fallout of the modern entertainment industry.”

His short stories have appeared in The Paris Review and The Literary Review, among others. Adam received the Terry Southern Prize for Humor, which celebrates “wit, panache, and sprezzatura in work published by The Paris Review.” Tom Perrotta selected his story “What’s Important Is Feeling” for inclusion in The Best American Short Stories, and it is included in his new collection of short stories by the same name.

He is contributing editor at The American Reader, and his essays, journalism, and criticism have appeared in The New York Times, The Los Angeles Review of Books, and The New York Observer.

Adam grew up in Massachusetts and now lives in Brooklyn. He teaches creative writing at New York University, Columbia University, and The Sackett Street Writer’s Workshop. Brooklyn Magazine recently named him to its list of 50 Funniest People in Brooklyn.

Adam Wilson’s appearance is made possible through the generous support of the Embassy of the United States of America. 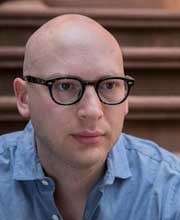 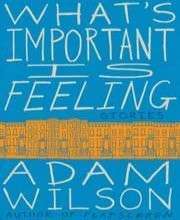