Alberto Manguel is a reader first and a booklover’s writer second. “Reading is reclaiming the right to this human immortality,” he declares, “because the memory of writing is all-encompassing and limitless.” Reading, for Alberto, is what matters. Everything else is a footnote.

Much of his writing revolves around books and reading, including, The Library at Night, A History of Reading and A Reader on ReadingThe Traveller, the Tower and the Worm: The Reader as Metaphor examines the metaphors used to describe readers, how these have changed, and what those changes might mean. His most recent novel, All Men Are Liars is “a novel that is itself, in part, about reading and about how memories of events in literature can be as vivid as those in real life” (The Guardian).

Born in Argentina and raised in Israel (where his father was the ambassador), Alberto lived in Toronto for nearly two decades, before moving to France, where is still considers himself a citizen of Canada and the world. He has spent his life immersed in words – as a reader to Jorge Luis Borges in Borges’ later years, a bookseller, a reporter, a reader at various publishing houses in Europe, and for many years, a book reviewer for CBC, and an editor of anthologies on wide-ranging themes.

Equally at home in fiction and non-fiction and with novels in both English and Spanish, Alberto is prolific and a frequent winner of international awards including the Medalla al Mérito (Buenos Aires), the Chevalier de l’Ordre des Arts et des Lettres (France), and Fellow of the S. Fischer (Germany).

Alberto currently resides in France where his property accommodates over 30,000 books. 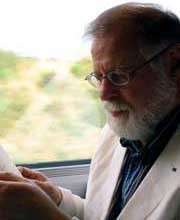 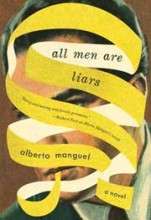