There was a time when Alexi Zentner worried about the babysitting bill he was incurring as a stay–at–home dad who was trying to write. His worries ended with Touch, his elegiac first novel—published simultaneously in seven languages and recently long-listed for the Giller Prize. Set in a turn–of–the–century Canadian logging town, Touch tells the story of a pastor who, in going home to his dying mother, has to confront the mysteries and ghosts of his childhood—along with the equally troubling mysteries of the woods themselves.

“Eerie and beautiful, Touch is a love song to the power—and brevity—of dreams,” says Giller–winning author Johanna Skibsrud. And Mary Lawson, author of The Other Side of the Bridge, calls Touch, “a remarkable novel, full of mystery and beauty,” adding that it “chills you to the bone and then warms your heart.”

Alexi was born in Kitchener and now lives with his wife and two daughters in Ithaca, New York. He holds both Canadian and American citizenship.

His fiction has appeared or is forthcoming in The Atlantic Monthly, Narrative Magazine, Tin House, Glimmer Train, and The Walrus, and his stories have garnered considerable acclaim, including the 2008 Narrative Prize, inclusion in the prestigious O. Henry Prize Stories collection, and several Pushcart nominations. 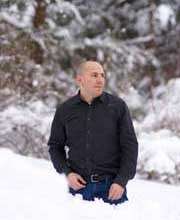 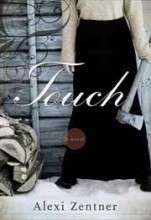