In 2002, Alison Pick won the Bronwen Wallace Award for the most promising Canadian poet under the age of thirty–five. And that was just the start. In 2003, she won a National Magazine Award for poetry, and in 2005 she won the prestigious CBC Literary Award for poetry. Her first collection, Question and Answer, was shortlisted for the Gerald Lampert Award and for a Newfoundland and Labrador Book Award, and her elegant second book of poetry, The Dream World, appeared to acclaim in 2008.

Alison has gone on to make her mark in fiction. Her first novel, The Sweet Edge, was a Globe and Mail Top 100 Book of 2005 and has been optioned for film by Four Seasons Productions. “I think of my poetry and fiction as separate but complementary,” she says. “It’s not uncommon to hear poets say you can’t do both…But for me it definitely felt like an organic, real pull. It’s the same muscle being exercised, just in different ways.”

Her latest release, Far to Go, is a compelling saga that takes us inside the world of one Jewish family during the lead–up to the Nazi occupation of Czechoslovakia in 1939. Inspired by the harrowing five–year journey Alison’s own grandparents embarked upon from their native Czechoslovakia to Canada during the Second World War, Far to Go is a layered, beautifully written, moving, and suspenseful story by one of our rising literary stars.

After living for a number of years in St. John’s, Newfoundland, Alison now lives with her family in Toronto. 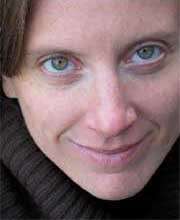 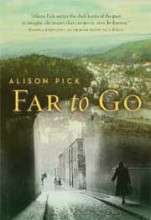