Alison Wearing was twelve years old when her mother broke the news that her often-absent father, a professor at Trent University, was gay. The conversation happened while Alison studied the swirls in the brown linoleum floor and her mother unloaded not-quite-clean dishes from a dishwasher that appeared to redistribute food particles evenly and then bake them dry. The year was 1979. It was early days in the gay revolution, especially in small-town Peterborough, where the family lived.

“I didn’t understand what being gay meant, aside from it being Very Bad News and had to do with boys kissing boys. Which was gross,” she reveals, in her new memoir, Confessions of a Fairy’s Daughter: Growing Up With a Gay Dad.

As her father came out of the closet, Alison went in, holding fast to the secret of her father’s sexuality and inventing stories about what she saw as her unusual family circumstances. She told only one friend about her family secret and it was six long years later before she faced the truth and stopped fabricating an imaginary life with a heterosexual father.

Those early story-telling skills have exploded into an extraordinary literary career – one in which truth is richer than fiction. Alison is author of the bestselling and internationally acclaimed travel memoir, Honeymoon in Purdah, where donning a headscarf and chaador, she toured Iran, looking past the obvious differences to find the similarities. She is also the writer/performer of two award-winning one-woman plays: Giving into Light and Confessions of a Fairy’s Daughter. The success of the latter became the basis for her new book.

“When I tell people that my father is gay, no one has ever said, ‘That sounds boring. Let’s talk about something else,’” Alison told Macleans magazine.

Alison lives most of each year in Stratford, Ontario, with her partner and son, spending whatever time she can in Mexico. She is recipient of a National Magazine Award Gold Medal and her work has appeared in the Globe and Mail, National Post, and the Queen’s Quarterly. 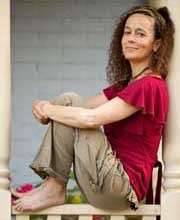 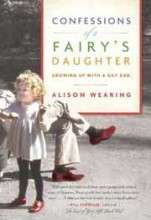