“Writing is not something I planned to do, writing is something I needed to do,” says Alma Fullerton, freelance writer and illustrator of books for children and teens. “If I don’t say what I need to say, no one will say it for me.” In her writing, Alma feels compelled to speak out on difficult subjects. As a young woman, one of her best

friends killed himself because he was gay and feared his parents would never accept that. He became the prototype for Alex in her teen novel In the Garage, a spare, disturbing, and profound book about two isolated teens, told entirely in poetic verse, as written in Alex’s journal.

Walking on Glass tells the story of a 16-year-old boy whose mother’s attempted suicide has left her brain-dead and hooked up to life support. He struggles with a decision that would traumatize any adult: He knows his mother wouldn’t want to live this way, but if he unhooks her life support is that murder or mercy?

Her third book, Libertad, follows two Guatemalan children as they try to make their way to the United States following their mother’s death. Alma based the tale on an astonishing statistic: each year, over 80,000 unaccompanied migrant children attempt to enter the United States. This book was nominated for
the Governor General’s Award and won the Ruth and Sylvia Schwartz Children’s Book Award, as well as the Golden Oak Award. Burn, her most recent teen novel, explores pyromania in the character of Casey,

forced to care for her autistic sister Ginny in the face of an absent mother and alcoholic father. She begins to set fires to relieve her own tension, threatening to destroy her family even as she struggles to hold it together.

More recently, Alma has turned to picture books for younger readers, including, last fall, A Good Trade, the story of a child who makes a swap with an aid worker who shows up in his village. A Good Trade was selected for The White Ravens 2013, a list of outstanding international books for children and young adults.

And this spring, Alma released Community Soup, about a garden outside a Kenyan schoolhouse, where children are working together to harvest the vegetables they have grown and make them into a soup for everyone to share.

Born in Ottawa into a military family, she travelled as a child, living in Ontario, British Columbia, and Europe. She now lives in Ottawa with her husband and two daughters. This spring, she toured as part of TD Canadian Children’s Book Week. 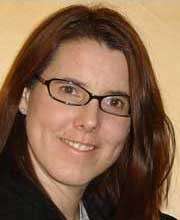 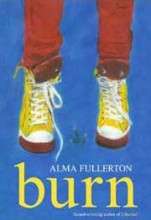