Amanda Jernigan writes poems that “make your brain fizz with their rhetorical flourish,” says Governor General’s Award–winning author Douglas Glover, commending her for “the chops and changes of her lines, their dense, active language, their allusiveness, and their brawny intelligence.” Her long–awaited first collection, Groundwork, comprises three poetic sequences, the first situated on and around an archaeological dig in modern–day Tunisia, the second situated in and out of a distinctly heterodox Garden of Eden, the third testing the waters of Homer’s Odyssey as a medium for the working–out of the relationship between artist and traveller. In a series of pure, linguistically elegant verses, deeply attentive to craft and form, Amanda has written a book that one reader describes as simultaneously, “playful, eloquent, accessible, and loaded.”

Amanda grew up in southern Ontario and did her undergraduate work in Sackville, New Brunswick, where she subsequently lived and worked for several years. She has since pursued graduate studies and teaching in Newfoundland.

She has worked in publishing, both as an intern for Porcupine’s Quill and as a freelance editor for Gaspereau Press. In addition, she is a contributing editor of The New Quarterly and of Canadian Notes & Queries, and a frequent contributor of essays to both magazines.

Amanda has been shortlisted for a National Magazine Award for nonfiction as well as for the Malahat Review Novella Prize. Her poems have been published Canada, the United States and Germany, and are represented in the online archive of the Poetry Foundation. 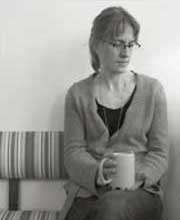 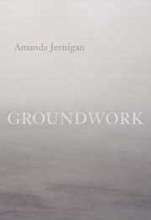