“There are few things we do on a daily basis where we abandon our self-awareness and let ’er rip,” says Ami McKay. “Maybe we’d get to the bottom of our troubles, find solutions to our problems faster, better, easier, more often, if we took a little time each day to dance, sing, paint, write, laugh, love, with honesty and bliss.”

Ami’s dedication to honesty and bliss has produced two novels that have readers lining up at bookstores. She burst onto the literary landscape in 2007 with The Birth House which won the Evergreen Award, three CBA Libris Awards, the Bookseller’s Choice Award, and was long-listed for the International IMPAC Dublin Literary Award, the richest prize in fiction. A number-one bestseller for months and Canada Reads selection in 2010, it quickly became a favourite with Canada’s book clubs.

In her second, much-anticipated novel, The Virgin Cure, Ami explores the world of Moth, a teenager sold by her mother into domestic service in 1870s Lower Manhattan. Often starving, and trapped in a time and place that could afford little sympathy for the plight of nearly 30,000 orphans, Moth is forced to navigate through pestilence, prostitution, and degradation, buoyed only by her daydreams. The book was inspired by the life of Amy’s great-great-grandmother who was a doctor in nineteenth-century New York. As The Globe and Mail’s John Barber put it, “The Virgin Cure couldn’t have been better made if its only purpose was to turn curious young women into lifelong readers.”

Born in rural Indiana, Ami was seduced by love to Nova Scotia’s Bay of Fundy in 2000. A former inner-city music teacher, she began freelancing for CBC Radio shows such as Maritime Magazine, Outfront,  his Morning, and Sunday Edition. She wrote an award-winning documentary, Daughter of Family G about a legendary Nova Scotia midwife, which in turn led her to The Birth House. 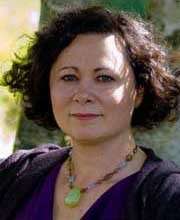 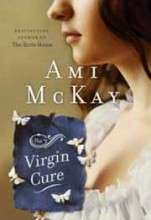