André Picard “is odds-on Canada’s premier health-care journalist. His columns in the Globe and Mail are intelligent, incisive and frequently revelatory. So is this book.” —Winnipeg Free Press

André is a health reporter and columnist at The Globe and Mail and one of Canada’s top public policy writers. He is the author of five best-selling books including Critical Care: Canadian Nurses Speak For Change, The Gift Of Death: Confronting Canada’s Tainted Blood Tragedy, and Matters of Life and Death: Public Health Issues in Canada.

André has received much acclaim for his writing, including the Michener Award for Meritorious Public Service Journalism, the Canadian Policy Research Award, and the Atkinson Fellowship for Public Policy Research, the Centennial Prize of the Pan-American Health Organization as the top public health reporter in the Americas, and is also an eight-times nominee for the National Newspaper Awards – Canada’s Pulitzer Prize. He was named Canada’s first “Public Health Hero” by the Canadian Public Health Association, and a “Champion of Mental Health” by the Canadian Alliance on Mental Illness and Mental Health, and received the Queen Elizabeth II Diamond Jubilee Medal for his dedication to improving healthcare. The list goes on.

In Neglected No More: The Urgent Need to Improve the Lives of Canada’s Elders in the Wake of a Pandemic, André reveals the full extent of the crisis in eldercare, and offers an urgently needed prescription to fix a broken system. Montreal Review of Books praises the book, saying “everyone who may have elders to care for, and/or may end up as an elder in need of care themselves—which is to say, everyone—should read this book, and press our governments to heed Picard’s warnings and wise advice.”

Appearing in:
7. The Long Term Crisis in LTC 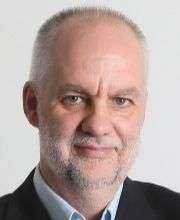