Andrew Kaufman, like Alice Munro, was born in Wingham, Ontario, – but there the similarity ends.

Dubbed “too cheery to be CanLit,” Kaufman is a hipster, an irreverent contemporary surrealist who produces books with bizarre characters, sharp dialogue, and plots that explore themes of family ties, love, and loyalty. And he does it all with a sparky humour that has the reader laughing out loud.

Born Weird, the most recent of his four novels, is a wildly wonderful, imaginative romp that gathers the five Weird siblings at their grandmother’s deathbed so that she can lift the curses she laid on them at birth, thinking they were blessings. His first novel, All my Friends Are Superheroes, is the story of Tom, who is not a superhero although he marries one, the Perfectionist, who, at their wedding is hypnotized by her ex-boyfriend, Hypno, to believe that Tom is invisible. (Collect all Superhero trading cards!)

His other novels start from equally whacky but perceptive premises. In The Waterproof Bible, Rebecca Reynolds has an unusual and inconvenient problem: no matter how hard she tries, she can’t stop her emotions from escaping her body and entering the world around her. Luckily, she has developed a way to trap and store her powerful emotions in personal objects. The Tiny Wife tells the story of Stacey Hinterland, who was inside Bank Branch #117 when it was robbed. The thief did not take money, but rather, the most emotionally significant object each person carried. In the aftermath, weird things happen: Stacey begins to shrink, growing smaller every day. Selected Business Correspondence, published last year, is a collection of letters on vintage letterhead that Andrew swears is authentic, not stories he has invented. He swears.

Andrew’s highly original fiction has been published in eleven countries and translated into nine languages. He is also a film and television screenwriter: series creator and head writer for Curious and Unusual Deaths, a half-hour docu-drama currently aired on Discovery Channel; writer of 5 seasons and 71 episodes of Rescue Mediums, an internationally broadcast reality program; head writer for The Steven and Chris Show, broadcast on CBC; and writer for Canada’s Worst Driver, broadcast on Discovery Channel. And he has written and performed three one-person performance works: Couch, Renus Bailey loves Molly Ringwald, and Mr. Zero’s Joke.

A graduate of the Canadian Film Centre and the Humber School for Writers, Andrew lives quietly in Toronto with his perfect wife and two kids, Phoenix and Frida. 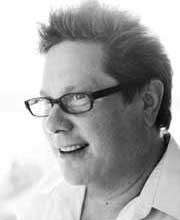 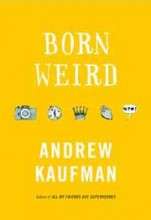