Melting glaciers, educational shams, peak oil, or the destruction of the boreal forest: whatever his subject, Andrew Nikiforuk has earned a reputation as an honest and provocative voice in Canadian journalism. He has written for many publications, including the Walrus, Maclean’s, Canadian Business, The Globe and Mail’s Report on Business, Chatelaine, Georgia Straight, Equinox and Harrowsmith.

In his latest book, Slick Water: Fracking and One Insider’s Stand against the World’s Most Powerful Industry, to be released October 2015, he tells the shocking, inspiring story of biologist Jessica Ernst and her stand to hold government and industry accountable for the damage hydraulic fracturing—“fracking”—leaves in its wake.

“By placing an incredible human story at the centre of the hotly debated technology of fracking worldwide, Andrew Nikiforuk reveals how an industry driven by profit runs rough-shod over human values and resource sustainability, enabled by the very agencies set up to regulate it,” says publisher Rob Sanders of Greystone Books.

Andrew is also author of Saboteurs: Wiebo Ludwig’s War Against Big Oil, winner of Canada’s Governor General’s Literary Award for Non-Fiction; and of Tar Sands: Dirty Oil and the Future of the Continents, for which he won the prestigious Rachel Carson Environment Book Award presented by the U.S.-based Society of Environmental Journalists, and about which author Thomas-Homer Dixon wrote, “Read this book, be entertained, be ashamed, and then do something to stop the insanity.”

He has won seven National Magazine Awards since 1989 and top honours for investigative writing from the Association of Canadian Journalists. He and his wife and three sons live in Calgary, Alberta, the heart of oil country.

Appearing in 42. Big Idea: Think Tank on the Environment 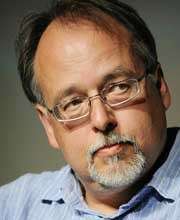 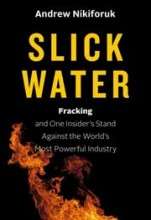