Fifteen years ago the phrase “literary thriller” might not have meant much to some Canadians. Then came Andrew Pyper. The Globe and Mail called his debut collection of  short fiction, Kiss Me, “astonishing.” His first novel, Lost Girls astonished even more; it was a national best-seller, a New York Times and London Evening Standard Notable selection, and winner of the Arthur Ellis Award.

With each successive book, Andrew’s loyal readership has grown. The Toronto Star selected his second novel, The Trade Mission, as one of the ten best books of the year. His third novel, The Wildfire Season, was a Globe and Mail Best Book and is currently in development as a film, while translation rights to his fourth novel, The Killing Season, have been sold in Germany, Holland, Italy, Japan, Portugal and Spain.

In his latest novel, The Guardians—a haunted house story with a twist—Andrew considers the binding power of secrets in male friendships. “The Guardians is a dark, brooding, compelling story about the loss of innocence and the ubiquity of evil, with a finalé as bittersweet as your 50th birthday party,” says Britain’s The Times, while the Vancouver Sun calls the book, “blisteringly readable…headlong, absorbing narrative enriched by an unflinching literary conscientiousness,” and adds, “They say you can never please everyone: The Guardians comes damn close.”

Born in Stratford, Ontario, Andrew studied English at McGill and earned a law degree from the University of Toronto before turning to writing full time. Currently, he makes his home in Toronto. 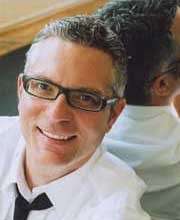 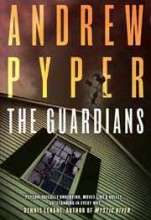