High fashion. High Society. The high drama of war. Each of them irresistible on their own, but together, in Ania Szado’s hands, they conjure a thoroughly compelling novel about a young fashion designer who falls in love with Antoine de Saint-Exupéry – and his work-in-progress, The Little Prince – just as the writer/pilot is about to ship out to the French front and his demise.

As Lawrence writes, “Ania Szado has written a novel that is so true and so right that it makes you wonder why nobody has written it before. Studio Saint-Ex is like an ocean undertow: I fell in and could not get out except by gorging on the story as it pulled me toward the final sentence.”

Studio Saint-Ex is Szado’s sophomore novel, which is supposed to be the tricky one.

Her first novel, Beginning of Was, was a debut success, shortlisted for the Commonwealth Writers’ Prize (Best First Book, Canada/Caribbean), nominated for the international Kiriyama Prize, and named a NOW Magazine Top Ten book. It was critically acclaimed as “a skillful debut” demonstrating “an immense talent for resonant and surprising imagery” (Quill & Quire), a “haunting debut novel” (Toronto Star) and a “welcome addition to the range of contemporary Canadian novels that explore survival in the face of despair” (National Post.)

Instead of being daunted by such praise, Ania has come back with a highly original and beautifully craft novel that explores the dual destructive and redemptive power of creativity and love. Even before publication in Canada it was sold to the United States, Russia, Italy, and Poland.

Ania’s short fiction has been nominated for the Journey Prize and the National Magazine Awards. Her story “Camping at Wal-Mart” appeared in All Sleek and Skimming, an anthology of YA/adult crossover stories that was named to the New York Public Library’s prestigious “Books for the Teen Age 2007” list. She also writes for the Globe & Mail and Flare Magazine.

Ania is a graduate of Ontario College of Art & Design and holds an MFA in Creative Writing from the University of British Columbia. She was born in Hamilton, Ontario and lives in Toronto. 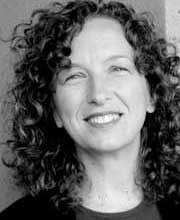 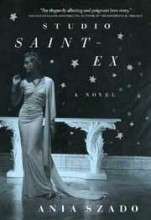