“Booze is a loan shark” for a growing number of young women, writes Ann Dowsett Johnston. “Someone they trusted for a while, came to count on, before it turned ugly.”

In her new book, Drink: The Intimate Relationship Between Women and Alcohol, Ann charts the alarming rise over the past decade of risky drinking among women from seventeen to seventy, combining her journalist’s instinct for in-depth research with her own personal history of alcohol abuse and recovery.

Born in northern Ontario, Ann grew up in South Africa before graduating from Queen’s University in Kingston. She moved to Toronto and began working for Maclean’s: she initiated and edited the Maclean’s Guide to Canadian Universities, the magazine’s annual ranking of Canadian educational institutions. In 2006-07, she was Vice-Principal of McGill University, in charge of its development and strategic communications programs.

In 2011, she received a coveted Atkinson Fellowship, which allowed her to take time off to write a thirteen-part series of articles, published in the Toronto Star, on the phenomenal increase in alcoholism among women since the advent of women’s equality in the workplace. The series formed the basis for Drink. In her book, she dissects the psychological, social and industry factors implicated in the new “epidemic,” noting that advertisers and corporations have taken to targeting women with wines such as “Girls Night Out” and “Mommyjuice.” She also looks at the long-term impact on society as well as on individual lives.

“Like all loan sharks,” she warns, alcohol is always “one step ahead of you, and he means business.” 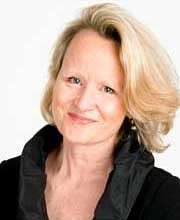 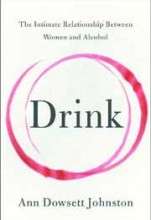