From the moral and environmental debate around eating insects, to the heated conversation surrounding the politics of “ethnic” cuisine, to the complexities of nutrition labeling, and the challenges of developing a national food policy, Ann Hui has investigated many corners of the world of food in her position as national food reporter for The Globe and Mail.

Ann’s investigative report in The Globe and Mail, entitled Whose Food is it, Anyway?, sparked a lively debate on cultural appropriation, stereotypes surrounding ‘ethnic’ cuisine, its makers, and its value, and how to approach, and cook, foreign cuisines respectfully. Her two-part travelogue of Canadian Chinese restaurants, Chop Suey Nation took Canadians on a cross-country exploration of the history of the cuisine in Canada. Alternating between stories of her visits to some of Canada’s most iconic, and curious Chinese restaurants (including one in a curling club in Thunder Bay), and reminiscences of her family’s experience arriving in North America, she offered readers a unique entrée into the impact of immigrant foods on Canada’s history.

Appearing in: Eating, Reading, and Race: Food and Cultural Representation, Writing Culture: Your Own or Others’ 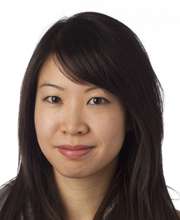