An attack in London, UK, left Ann Walmsley unable to walk alone down the street, and shook her belief in the goodness of people.

A few years later, when a friend asked her to participate in a bold new venture in a men’s medium security prison, Ann had to weigh against her anxiety and fear, her curiosity and desire to be of service.

Ultimately she decided to sign on, and for eighteen months, she went behind bars at Kingston’s Collins Bay Institution to meet a group of heavily tattooed book club members, without the presence of guards or security cameras. The visits resulted in a memoir, The Prison Book Club.

There was no wine and cheese, no plush furnishings. But a book club on the inside proved to be a place to share ideas and regain a sense of humanity. The Prison Book Club follows six of the book club members, who kept journals at Ann’s request and participated in candid one-on-one conversations.

Oneworld publisher Juliet Mabey, who bought the UK and Commonwealth rights (excluding Canada) after a heated five-publisher auction, writes, “This is a wonderfully warm and engaging memoir on the transformative power of literature, where readers not only come to know the book club members, but also the books they discuss. It has to be the perfect book club pick – it raises questions, provokes conversation and most simply, it is an original story, brilliantly told.”

Ann is a magazine journalist whose work has appeared in The Globe and Mail and Maclean’s. She is the recipient of four National Magazine Awards, a Canadian Business Journalism Award and two International Regional Magazine Awards. She founded her first book club at age nine.

Ann lives in Toronto with her family.

Appearing in 17. Pen Pals: The Redeeming Power of Books 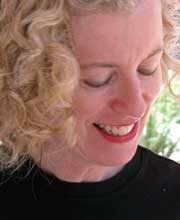