Anne Michaels’ long-awaited new novel, The Winter Vault, has recently been released, twelve years after the publication of Fugitive Pieces, her internationally renowned novel that won the Orange Prize, the Guardian Fiction Award, the Trillium Award, the City of Toronto Book Award and the Books in Canada First Novel Award. Fugitive Pieces was also shortlisted for the Giller Prize, made into a film and translated into twenty languages.

Already published in seven countries, with rights sold to several more, The Winter Vault has been called “exquisite” by Publishers Weekly (starred review) and praised by the Guardian as being “a bigger, bolder and more confident version of her earlier work.” The new novel, a love story set against the backdrop of the building of the Aswan Dam, the construction of the St. Lawrence Seaway and the rebuilding of Warsaw after the Second World War, again explores what Anne calls the “fascinating, complicated relationship between intense personal lives and larger historical events.”

Anne is also a composer/librettist, and she has written three highly acclaimed collections of poetry, including The Weight of Oranges (winner of the Commonwealth Prize for the Americas), Miner’s Pond (Governor General’s Award nominee) and Skin Divers. She lives in Toronto, where she juggles two extremely intense occupations — mothering two young children, and writing. 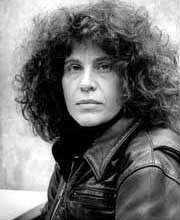