Enormously accomplished South African poet, translator, and reporter Antjie Krog is perhaps best known in North America for her English–language prose debut, Country of My Skull, her account of reporting on South Africa’s Truth and Reconciliation Commission. Country of My Skull won the Sunday Times Alan Paton Award, the BookData/South African Booksellers’ Book of the Year prize, the Hiroshima Foundation Award, the Olive Schreiner Award for the best work of prose published between 1998 and 2000, and received an Honourable Mention in the 1999 Noma Awards for Publishing in Africa. It appears as one of “Africa’s 100 Best Books of the Twentieth Century” in a list compiled and adjudicated by a panel of Africa’s leading writers and academics.

Antjie’s most recent prose work, Begging to Be Black, is the third book in the trilogy that began with Country of My Skull and continued with A Change of  ongue. When the murder weapon of a prominent gang leader is hidden on her property, she is compelled to explore her position in the controversial case. From there the book ranges widely in scope, both in time and in space as we follow her experiences as a research fellow in Berlin, far from the Africa that produced her. Mixing memoir and history, philosophy and poetry, the book is stylistically experimental and personally courageous.

Antjie’s first book of poetry appeared in 1970, when she was only seventeen. Since then, she has published ten critically acclaimed books of poetry as well as three books of children’s verse in Afrikaans. Her style is richly metaphorical, intensely personal, yet deeply political. Down to My Last Skin (2000), a collection of her poetry in English translation, was the inaugural winner of the FNB Vita Poetry Award in 2000. Body Bereft, a searing and stylistically varied collection of poems in English about menopause, confirms Antjie’s reputation as one of South Africa’s iconic poets.

Since the late 1990s, Antjie has also established herself as a translator. She has translated Nelson Mandela’s autobiography Long Walk to Freedom, works by Henk van Woerden and Tom Lanoye, and a selection of South African verse written in the indigenous African languages into Afrikaans.

Antjie is the mother of four children and lives in Cape Town with her architect husband, John Samuel. 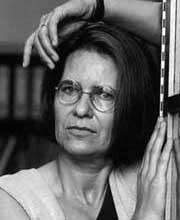 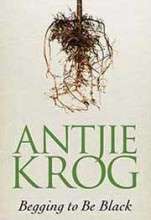