The birth of Éditions Alto, a Québec City publisher known for its beautiful books, was serendipitious, says president Antoine Tanguay.

In 2005, Antoine was a 25-year-old bookseller, journalist, photographer, and aspiring French teacher. When an author randomly suggested that he found a publishing house, he bravely decided, ‘Why not?’

Alto’s first published novel was a major success: Nikolski by Nicolas Dickner became a bestseller in Quebec, and grabbed national attention when it won CBC’s Canada Reads competition in 2010.

Antoine says he has two main selection criteria: “To fall in love with the book, and to know that it can be helpful.”

“We publish with equal pride the great names of Québec, Canadian and world literature, and the unknown, the forgotten, and the writers of tomorrow,” adds Alto’s website. “We appreciate curiosity, disorientation … the strange, humour, blur and its contours, and stories that transport or … jostle conventions and germinate dreams.”

Antoine, also a radio host, journalist and critic, lives in Québec City with his family. 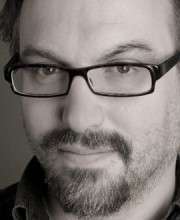