Avram Ludwig is one of those rare film producers skilled in both the creative and production sides of filmmaking. Born into a theatrical family, Avram made his TV acting debut on NBC’s McCloud series and went on to create the role of Edward Brown Jr. in the world premiere of Eugene O’Neil’s newly discovered first full-length play, Bread and Butter.

Avram was one of three who created the Actors Studio MFA Program and the School of Dramatic Arts at the New School for Social Research, where he currently serves on the Board of Directors.

Noted for his collaborations with directors Doug Liman and Amos Kollek, Avram’s most notable productions include Swingers and Fair Game. He is in preproduction on George Orwell’s first novel, Burmese Days, to be shot on location in the Far East, starring Ralph Fiennes, and he is developing Attica, Attica! about the famed prison insurrection in Upstate New York in 1971. Recently, he directed the successful political commercial, “America the Beautiful,” against
the Ryan Plan to privatize Medicare, depicting Paul Ryan throwing Grandma off the cliff. He is also producer of Doug Liman’s film Reckoning With Torture, in which ordinary Americans stand side-by-side with actors, writers, and former military interrogators and intelligence officers in a reading of official documents that reveal the scope and cost of America’s post-9/11 torture program.

Avram brings to Kingston WritersFest his production of The End of America, based on Naomi Wolf’s bestseller about the loss of civil liberties. Avram was arrested last October along with Naomi Wolf when police attempted to clear the street outside an awards ceremony where Occupy Wall Street protesters were rallying. 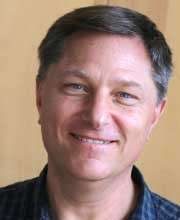