As a child, Barbara Reid liked animals, the outdoors, reading, and drawing. In Grade 6 she won a writing contest and decided to be a writer. But by the end of high school, she decided she liked drawing best of all and would train to be an artist.

Luckily, Barbara found a way to do both: in the years since graduating from the Ontario College of Art she has written or illustrated (or both!) more than twenty books for kids.

What makes Barbara unique is the medium she uses for her distinctive children’s book illustrations: Plasticine. She first experimented with the colourful clay in an assignment for art class. It was fun and everyone laughed. She entered a Plasticine painting in a contest judged by Group of Seven Artist AJ Casson, and won. “After that, I decided to take having fun more seriously,” she says.

Barbara’s books have been published in Canada, the United States, Great Britain, Australia, New Zealand, Holland, Finland, Norway, China, Germany, Brazil, Korea, and Thailand. Hardly a Canadian child has grown up without loving at least one of Barbara’s books: Two by Two, her delightful re-envisioning of Noah’s Ark; the Zoe Board Books; The Subway Mouse; Perfect Snow.

In the process of turning Plasticine into an art form, Barbara has won just every children’s book award there is: the UNICEF Ezra Jack Keats Award, The Ruth and Sylvia Schwartz Award, the Mr. Christie’s Book award, and the Elizabeth Cleaver Award. She won the Governor General’s Award for Illustration for The Party and the Amelia Frances Howard Gibbon Award for Perfect Snow.

After 30 years, Barbara is still fascinated by Plasticine. Her website opens with an amazing Plasticine animation and contains some history on the material kids love. She notes that an early pamphlet for Harbutt’s Plasticine declared “There are 101 uses for Plasticine.” Barbara, it seems, has found at least 100. Barbara lives in downtown Toronto with her two daughters and her husband Ian Crysler, who is a professional photographer and who photographs all of Barbara’s artwork for reproduction. 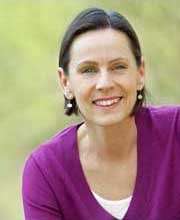 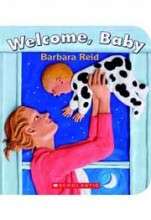