“I’d rather have a book that sells one copy that no one else will sell, than to stock several best sellers you can get anywhere,” says Ben McNally, owner of Ben McNally Books in Toronto. “That’s what makes this store. That’s why people come.”

Ben McNally knows books and readers. He’s been putting the two together in intriguing and sometimes surprising ways since 1970, most recently at his beautiful Bay Street store, and in the fabulously successful Books and Brunch series that he runs in partnership with The Globe and Mail at the King Edward Hotel.

Naysayers warned Ben that a Bay Street bookstore would fail, but he has proved them wrong. His vast knowledge, his independent taste, and his astute recommendations have ensured the store’s success.

Ben’s warmth and genuine enthusiasm for books make him a favourite with Canadian authors and readers. He has wowed sellout crowds at Kingston WritersFest’s Book Lovers’ Lunch with his witty and erudite chat about the season’s best books.

Ben McNally is the official bookseller for the International Festival of Authors in Toronto, and Ben is the president of Project Bookmark Canada, a charitable organization that erects physical markers bearing excerpts from Canadian books in the locations that inspired the writing. 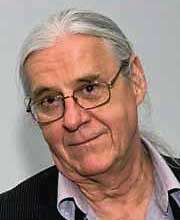