Bill Richardson is one of the wittiest men in Canada. With more than fifteen titles to his name, ranging from children’s picture books to opera libretti, he is a versatile and prolific author as well as a beloved broadcaster.

Over the years, Bill has hosted many shows on CBC Radio, from Richardson’s Roundup to Sunday Afternoon in Concert. Recently, he collaborated with composer and singer Veda Hille in the creation of Do You Want What I Have Got? — A Craigslist Cantata, which was staged at the Factory Theatre in Toronto as well as in Vancouver.

Meanwhile, Bill’s popular and bestselling books include Bachelor Brothers’ Bed & Breakfast, which won the Stephen Leacock Medal for Humour, and After Hamelin, a novel for children that won the Silver Birch Award.

“I get inspired by a sentence that I hear, a word in an overheard conversation,” he says. This acute ear for the nuances of speech is part of what makes Bill such a superb practitioner of the underappreciated art of light verse.

His latest book, The First Little Bastard to Call Me Gramps, is a testament to this special gift and a hilarious tour de force about the indignities of the so-called “golden years.” From retirement homes, cruises, and grandchildren to liver spots, memory problems, and geriatric sex, Bill’s frank reflections on the trials, tribulations, and humiliations of growing old are funny, irreverent, and often poignant.

A perennial favourite with Kingston WritersFest audiences, Bill is as unpretentious, modest, and genuine as he is funny. Born and raised in Winnipeg, he currently lives in Vancouver. 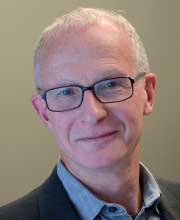