In these days of revelations concerning prominent Conservative politicians, Plamondon, a specialist in Canadian public policy and a former backroom figure in the Conservative Party, sets out to prove that Trudeau and his Liberal cronies were as addicted to power as were any of their predecessors or successors. “Plamondon has gone boldly where no Trudeau biographer has gone before,” writes Lawrence Martin. “This is not a quickie hatchet job, but a well-reasoned critique.”

A prominent Tory theoretician for the past 25 years, Bob Plamondon ran for federal parliament as a Conservative in 1988, worked in the Tory war room in the 1993 Federal election and was a key figure in the Tory leadership campaign that saw Peter MacKay win the PC leadership in 2003. In his Introduction to Bob Plamondon’s previous book – Blue Thunder: The Truth About Conservatives from Macdonald to Harper – Conrad Black called it “an invaluable analysis of the leaders and fluctuations of fortune of the Canadian federal Conservative Party over 142 years, what it needs to succeed, and why it has often failed.”

This is a sequel of sorts to his first work of political history, Full Circle: Death and Resurrection in Canadian Conservative Politics, which follows the dramatic story of how the conservative movement imploded in the early 1990s, was left for dead, and then rose again to become the government of Canada.

As a writer and historian, Bob claims a special interest in nation-building. His first book, Hay West: A Story of Canadians Helping Canadians recounts the story of how two small-scale farmers captured the attention of a nation and gave hope to those in despair. Bob himself was key in the 2002 nation-wide “Hay West” relief effort in aid of drought-stricken western farmers.

Bob graduated from Carleton University with a Masters in Management Studies, is a Fellow of the Canadian Institute of Chartered Accountants, and still lives in Ottawa. Last year he spearheaded a successful campaign to have the Ottawa River Parkway renamed the Sir John A. Macdonald Parkway. 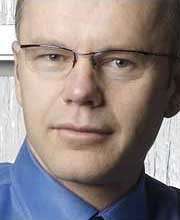 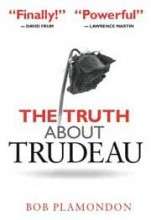