Brad Cran recalls the moment he first understood that poetry could be about real things. He was studying creative writing at University of Victoria, and reading the poem “Piling Blood” by Al Purdy.

“He meticulously described the tedium of manual labour, the slaughtering of cattle, and then rode the streetcar home, put on a record and ‘faintly in the last century heard Beethoven weeping,’” says Brad. As a high school dropout who had worked in a mill for two years, he could relate.

The Good Life, Brad’s first poetry book, published in 2001, was a landmark work. A writer and social entrepreneur who served as Poet Laureate for the City of Vancouver for two and half years, Brad’s Hope in Shadows: Stories and Photographs of Vancouver’s Downtown Eastside (with Gillian Jerome), won the City of Vancouver Book Award and raised more than $60,000 for marginalized people.

Ink on Paper is Brad’s new poetry collection. “Chronicles of a mind steeped in social awareness, probing the possibilities of true connection with the world, improvement of the human lot, and redemption of the soul through love and family,” writes the Vancouver Sun.

Currently, Brad is finishing his second book of non-fiction, The Truth About Ronald Reagan: How Movies Changed the World. 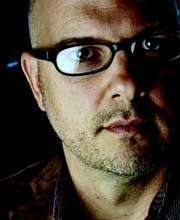 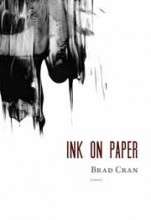