Brent Ryan Bellamy is an academic researcher who studies narrative, US literature and culture, science fiction, and the cultures of energy. As a professor at the University of Alberta, Brent has brought his passion for post-apocalyptic literary and science fiction to topics including 80s Apocalypse, Alter-History, Catastrophe, and Utopia, and Visions of the Future. His goal he says is to “engage my students in complex cultural histories through… novels, films, and current events, from daily life.”

Brent co-edited the book Loanwords to Live With: An Ecotopian Lexicon Against the Anthropocene and a special issue of Science Fiction Studies on Climate Crisis. Brent’s articles appear in numerous publications including Strange Horizons, The American Book Review, The Los Angeles Review of Books, Western American Literature, The Cormac McCarthy Journal, English Studies in Canada, Paradoxa, Mediations, and The Canadian Review of American Studies. He is also the managing editor of Imaginations: revue d’études interculturelles de l’image / Journal Of Cross-Cultural Image Studies.

Brent’s latest project is the forthcoming book Remainders of the American Century: Post-Apocalyptic Novels in the Age of US Decline. The book explores the aftermath in post-apocalyptic science fiction – “the way one works with what is left.” 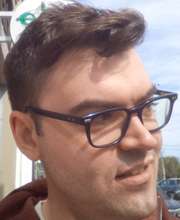