Brent Rathgeber is what one might call a principled politician. Says Brent, “…I do not leave the viewpoints of my constituents behind every time I board a plane to Ottawa.”

He is a lawyer and sitting Member of Parliament as MP for Edmonton-St. Albert. Elected as a Conservative in 2008 and 2011, in 2013 he resigned from the Conservative caucus to sit as an Independent in protest over the government’s lack of support for transparency and accountability.

Brent entered public life when he became the Member of the Alberta Legislature for Edmonton-Calder. He chaired the Freedom of Information and Protection of Privacy Review and was appointed Queen’s Counsel in 2001.

He killed his own Private Member’ Bill C-461, CBC and Public Service Disclosure and Transparency Act, stating that the bill no longer resembled his original law.

“Few MPs get the chance to pass their own bill in Parliament,” Canadian Journalists for Free Expression Board member Bob Carty noted. “Mr. Rathgeber gave up that opportunity on the principle that it would domore harm than good. It was a good day for democracy.”

His book Irresponsible Government: The Decline of Parliamentary Democracy in Canada is a searching examination of the foundational but eroding principles of our parliamentary system. Brent “shines light on the power imbalances that have developed in Canadian government, and the disregard with which the government view parliament.”

Brent was born in Saskatchewan, and now lives in Edmonton. In his spare time, Brent enjoys sports, fitness, music, reading and writing. He is an Edmonton Eskimo season ticket holder. 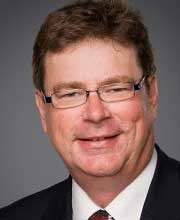 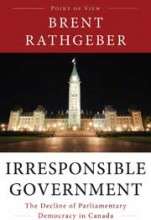