Brett Christopher is Artistic Producer of Theatre Kingston, the city’s only professional theatre company. Brett has been an active member of the Canadian theatre community since graduating from George Brown theatre school in 2001.

Celebrated as both an actor and a director, he has worked with a variety of theatre companies including the Stratford Festival, Canadian Stage, the Shaw Festival, Buddies in Bad Times Theatre, Theatre by the Bay, Segal Theatre, Magnus Theatre, Sunshine Festival, Port Hope Festival, Actors Repertory Company, Convergence Theatre, and Thousand Islands Playhouse.

He was the recipient of both the Masques and Mecca Awards for his performance of the solo show I Am My Own Wife at the Segal Centre in Montreal. His direction of The Tempest for Barrie’s Theatre by the Bay was named one of the country’s top productions by Robert Cushman of the National Post. Brett has worked in an administrative capacity for a number of theatre organizations, including Buddies in Bad Times, Actors Repertory Company, and the Thousand Islands Playhouse under founding artistic director Greg Wanless.

Brett lives here in Kingston with his wife and two daughters. 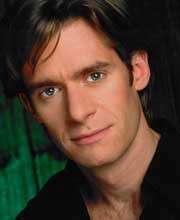