Bridget Stutchbury’s first book, Silence of the Songbirds, was nominated for the Governor–General’s Award, and she was selected by the Toronto Star as one of the “People to Watch in 2005” after her groundbreaking research into the sexual antics of birds made headlines around the world.

In her passionate and scrupulously researched new book, The Bird Detective, Bridget furthers her pursuit to explain the science behind bird behaviour.

Why do some birds readily divorce their partners? Why don’t bird parents treat their sons and daughters equally? Why do females sneak quick sex with neighbouring males? Why do mothers sometimes desert their babies? And, most importantly, how are birds being forced by climate change and other pressures to change their habits in a fight for their very survival?

“It’s not easy to produce a specialized book that is simultaneously erudite and engrossing,” says the Quill and Quire, in a starred review. But Bridget pulls it off. “Her book is packed with information, both salacious and sage.”

Born in Montreal and raised in Toronto, Bridget completed her Master’s of Science at Queen’s University, her Ph.D. at Yale, was a fellow and research associate at the Smithsonian Institute, and is now Professor of Biology at York University. Recognized as an international birding expert, she is affiliated with more than a dozen organizations seeking to preserve bird habitats, including the World Wildlife Fund.

She lives and birdwatches in Woodbridge, Ontario. 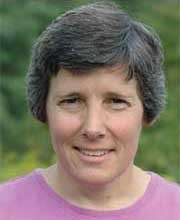 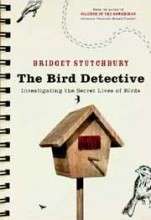