Once asked when he became interested in writing poetry, Bruce Kauffman quickly said that it began with two things in his mid-teens: the movie Dr. Zhivago, and an in-class poetry writing assignment.

More recently though, Bruce has begun to wonder if its seeds go back instead to when he was 3 or 4 years old and his mother read “Wynken, Blynken, and Nod” to him before he went to sleep. And he wonders now if perhaps it goes back further yet, and if she read poetry aloud while he was still in the womb.

He began writing poetry in his first year of university, but became impassioned about it in the early 1990’s after he began attending readings and workshops. And there, he was first introduced to the poetry of W. S. Merwin, whom he still credits as his strongest influence and most admired poet.

Bruce lives in Kingston and is a poet, editor, event promoter, spoken word radio show producer, and host of a monthly poetry open mic. In addition to other work, he has had 2 chapbooks and 3 collections of poetry published: The Texture of Days in Ash and Leaf, a seed within, and The Silence Before the Whisper Comes. 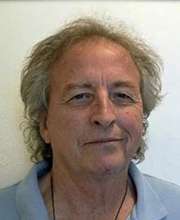