Bruce Philp has spent nearly three decades in the business of advertising and branding, mediating between corporations who want to make money and consumers who hope to exchange some for a better life. Working with some of the world’s most famous brands, he has been in a unique position to observe how marketers and their consumers operate as two solitudes, and the dysfunction, waste, and damage that often result.

His new book, Consumer Republic, is a passionate defence of brands. He believes brands matter because they make corporations accountable and because, by creating choice, they make consumers powerful.

“Philp’s clear–headed and entertaining observations might save you from the coming brandpocalypse,” says the Report On Business Magazine, while CBC Radio’s Age of Persuasion host Terry O’Reilly calls Consumer Republic, “An utterly foundation–shaking argument…Astounding.”

Bruce’s bestselling first book, The Orange Code: How ING Direct Succeeded By Being A Rebel With a Cause, co–authored with Arkadi Kuhlmann, was honoured as a best business book of 2008 by 800CEOReads and The Library Journal among others, and was a TED conference bookstore selection in 2009. 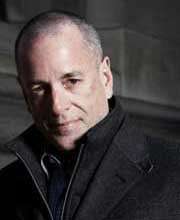 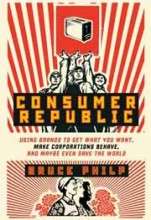