C.R. Avery’s genius lies in many genres—blues, hip-hop, spoken word and rock & roll. His incredible live performances have been described as Bob Dylan in the body of Iggy Pop, colliding with Little Walter, the Beastie Boys and Allen Ginsberg. A musicians’ musician, he is admired by and has performed with Tom Waits, Ani DiFranco, Utah Phillips, Sage Francis and The Be Good Tanyas. C.R. has recorded more than fifteen albums, including the elegiac tour de force, Magic Hour Sailor Songs, and he has written and directed seven hip-hop operas.

Originally from Ottawa, Ontario, C.R. moved to Vancouver in his early twenties. There, he quickly became involved in the rising local slam poetry movement. In 2005, he won CBC Radio’s Poetry Face-Off in Vancouver, and he continues to write and be inspired by poetry. Bob Dylan, Patti Smith, Lucinda Williams, Charles Bukowski, and Leonard Cohen are among his icons. “I just want to hold as close as I can to writing great poems,” he says. A good poem is “honest, and goes down to the depths of the stuff you don’t want to touch. And if you can put music with it somehow, it’ll reach more than just other poets.”

Equally comfortable playing for a few dozen people in a small, intimate café, or an audience of thousands at the Royal Albert Hall, C.R. is a unique and electrifying performer. 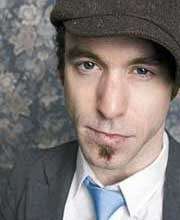 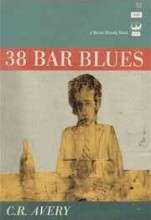