Caitlin O’Hanlon is a reader and a writer, a dreamer and a realist, a book nerd and a tech junkie. So, when it came to settling down in a career, things were, well, a bit confusing.

Thankfully, her experiences in the world of journalism, editing, and web production, combined with her desire to be a part of something bigger and better, eventually landed her on the doorstep of a (then) tiny office in North Toronto.

Now, as Publishing Marketing Manager at Wattpad, the world’s largest online community of readers and writers, Caitlin has finally been given the gift she’s always wanted: the ability to combine her love of reading and writing with her love of technology and, as part of the company’s content team, the ability to help others turn their dreams into a reality.

Established in 2006, Wattpad is an award-winning Toronto-based start-up that has opened up a world of free reading and writing to more than 16 million users from all over the globe. In her role, Caitlin has had the opportunity to be part of a number of projects involving successful writers such as Margaret Atwood, Paulo
Coelho, Marian Keyes, and Cory Doctorow, as well as helping to discover and develop the careers of a number of amateur writers who went on to commercial publishing contracts, including Abigail Gibbs (Harper-Collins), Beth Reekles (Random House), and Lilian Carmine (Random House).

Born and raised in the Toronto area, Caitlin is a graduate of the University of Waterloo and the National University of Ireland, Galway. A bit of a wanderer, she is deeply passionate about inspiration and travel and has studied and worked all over the globe, including in Europe and Africa. An avid writer in her own right, her serialized story How To Tango With Tom Collins is a work-in-progress that has garnered close to 6,000 reads on Wattpad. 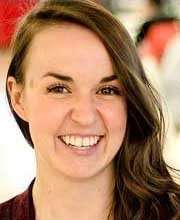 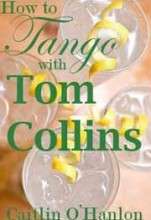