As a television and radio journalist, Carol Off has been at the heart of breaking stories on the national and international stage. She covered the fallout from 9/11, post-war reconstruction of the Balkans, and the war crimes tribunal for Yugoslavia. The latter became her bestselling book, The Lion, the Fox and the Eagle: A Story of Generals and Justice in Rwanda and Yugoslavia, which was shortlisted for the Shaughnessy Cohen Prize for Political Writing. “[A] gripping and readable summary enhanced by evocative scene-setting,” writes Quill & Quire.

Carol’s coverage of Canadian peacekeepers in Croatia became The Ghosts of Medak Pocket: The Story of Canada’s Secret War, which won the Dafoe Foundation Award. She hit the sweet spot with Bitter Chocolate: Investigating the Dark Side of the World’s Most Seductive Sweet, recounting its history, and revealing a continuing tradition of unethical practices in the cocoa industry.

Carol’s passion for storytelling fills the airwaves every weekday on CBC Radio’s As It Happens, a show she co-hosts with Jeff Douglas. She has longtime involvement with the Canadian Journalists for Free Expression, and has won numerous awards for her media work, including a Gemini and two gold medals from the New York Festival of Television.

She lives in Toronto with her husband Linden MacIntyre, and is a multi-year alumna of Kingston WritersFest.

Appearing in: 37. The Big Idea: A Good Death 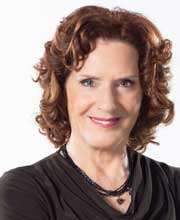