As a television and radio journalist, Carol Off has been at the heart of breaking stories on the national and international stage. She covered the fallout from 9/11, post-war reconstruction of the Balkans, and the war crimes tribunal for Yugoslavia.

Carol is the author of several best-selling non-fiction titles, including The Lion, the Fox and the Eagle: A Story of Generals and Justice in Rwanda and Yugoslavia, which was shortlisted for the Shaughnessy Cohen Prize for Political Writing, The Ghosts of Medak Pocket: The Story of Canada’s Secret War, which won the Dafoe Foundation Award, and most recently All We Leave Behind: A Reporter’s Journey into the Lives of Others, winner of the British Columbia National Award for Canadian Non-Fiction, and finalist for the Shaughnessy Cohen Prize, the Governor General’s Award for Non-fiction, and the Hilary Weston Writers’ Trust Prize for Nonfiction.

Carol co-hosts CBC Radio’s As It Happens every weekday. She has long-time involvement with the Canadian Journalists for Free Expression, and has won numerous awards for her media work, including a Gemini and two gold medals from the New York Festival of Television.

She lives in Toronto with her husband Linden MacIntyre.

Appearing in:
20. The Big Idea: Addressing a Crisis 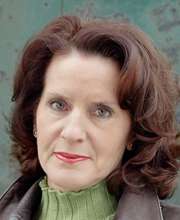