The absolute best moment of her day, Caroline Adderson says, is the one where she transforms a mediocre sentence to a “better, truer one.”

This attentive focus on craft explains why she’s widely known and respected as a “writer’s writer,” and why she was honoured with the Marion Engel Award for mid-career achievement in 2006.

Author of four novels, two collections of short stories, and several books for young readers, Caroline continually takes unusual risks with form and content. Yet she never loses her primary allegiance to character. No wonder her work has been recognized with two Ethel Wilson Awards, several CBC Awards, National Magazine Awards, and nominations for the Giller, the Governor General’s Award, the Commonwealth Prize, and many more.

From her sharp and sparkling début in Bad Imaginings, to the exquisitely written, absorbing, and intelligent Ellen in Pieces—a book that blogger Kerry Clare calls “the novel we’ve all been waiting for”—Caroline’s work invites readers to think more deeply about what matters most: lovers, parents, children, work, suffering, death.

“Breathtaking … a brilliant commentary on the marketing of memories, and a sustained meditation on the nature of belief, knowledge and mutability,” said the Literary Review of A History of Forgetting.

And, of The Sky is Falling, Quill and Quire had this to say in a starred review: “Its soul is in Adderson’s tremendous wry wit, effortless dialogue, and tightly controlled characters… Nuanced, intelligent and delighfully acerbic, Adderson is one of the most talented writers in Canada now, and this is her finest novel to date.”

Caroline lives with her husband, filmmaker Bruce Sweeney, their son, and their dog in Vancouver. She is the creator of the Facebook page Vancouver Vanishes, a lament for her city’s disappearing character homes.

Appearing in 47. Becoming a Writer: Person, Place, Thing, 53. Reading Women: Biscotti and Books, and as an Authors@School presenter. 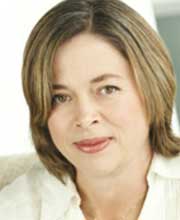 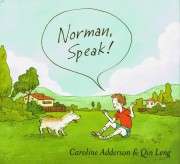