Carolyn Smart’s first four collections of poetry and her prizewinning memoir, At the End of the Day, all drew on her own life for inspiration. Her next collection, Hooked, turned instead to the lives of others, brilliantly recreating the voices of seven famous or infamous women, each born between the First and Second World Wars, each beset by obsession and addiction.

These powerful poems have been adapted for performance by Nicky Guadagni in a unique format, performed at Kingston WritersFest in 2010 and most recently at Theatre Passe Muraille in Toronto.

Her latest book of poetry, Careen, continues in the tradition of Hooked. It tells the gripping and gritty story of the Barrow Gang, whose most famous members were Bonnie and Clyde.

Born in England, Carolyn came to Canada at the age of six. Following a short stint in a British boarding school, she returned to Toronto to finish her education, where, inspired by e.e. cummings and Leonard Cohen, she began writing poems. She worked for several years in publishing, where she edited collections by Gwendolyn MacEwen, Don Coles, and Tom Wayman, and served as publicist for Hugh MacLennan and Dennis Lee.

Carolyn’s first collection of poetry appeared in 1981. Since then, she’s published five books, including Stoning the Moon and The Way to Come Home. Her poems have appeared in over 150 magazines and anthologies, she’s been shortlisted for a National Magazine Award, and in 1993 she won the personal essay category of the CBC Literary Contest.

Carolyn has been a long-time member of the Kingston poetry community. In addition to writing, she teaches creative writing at Queen’s University, where she has inspired and guided a generation of students. She edits Lake Effect, a bi-annual anthology showcasing the work of her creative writing students. Carolyn lives with her husband just north of Kingston.

Appearing in 48. Personal to Universal: Poetry 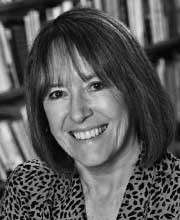 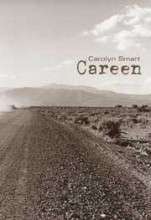