Catherine Fogarty is a storyteller. She is the founder and president of Big Coat Media, with offices in Toronto, Los Angeles, Vancouver, and North Carolina. An accomplished television producer, writer and director, Catherine has produced award-winning lifestyle, reality and documentary series for both Canadian and American networks.

Catherine is the executive producer of the Gemini nominated series Love It or List It. In addition to that franchise, Catherine has produced several other lifestyle and documentary series and produced and directed I Don’t Have Time for This, an intimate documentary about young women with breast cancer.

In her book, Murder on the Inside: The True Story of the Deadly Riot at Kingston Penitentiary, Catherine explores what was to become one of the most violent and devastating prison riots in our country’s history. “It is my hope that in re-creating this moment in our penal history,” says Catherine,  “I have offered the reader a glimpse into a world that remains hidden from our view, a peek behind the curtain of a correctional system that is still deeply flawed in its philosophy and practices.” Publishers Weekly says “For readers who have ever wondered about life behind bars, this is a must-read” and The Globe and Mail praises her balanced record of the riot and its inmates, depicting “them in three-dimensions, complicated, inconsistent, incomplete, flawed, but human beings who wanted and deserved better treatment.” 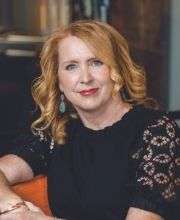