Catherine Leroux’s second novel, Le mur mitoyen, winner of the France-Quebec Prize, appears in English for the first time as The Party Wall, brilliantly translated into English by Lazer Lederhendle.

The Party Wall has been called, “a polyphonic novel that uses ordinary lives to delve into extraordinary subjects”, “an exploration of the nature of the self.” Her writing explores the question of what makes us who we are — biology, or something less tangible? Giller prize-winner Sean Michaels, author of Us Conductors writes, “Catherine Leroux writes with a startling grace. Her vision is clear-eyed and true, her heart is as big as sky and bay. The Party Wall’s mothers, orphans, Olympians and prime ministers seem like living, breathing people. And they reveal, beat by beat, that the things that divide us also knit us together.”

Four apparently unrelated narratives prove to be linked in surprising ways. As reviewer J.C. Sutcliffe observes, “A great part of the pleasure of The Party Wall comes from realizing that things are not as we — and the characters — believed them to be. Reality is bent and twisted out of shape as the very notion of what reality means is explored and reimagined.”

Winning the prestigious France-Quebec Prize and nominated for the Quebec Bookseller’s Prize, Le Devoir has called The Party Wall “an ambitious novel both in its theme and in its architecture,” a novel that in luminous, shimmering prose digs deep to find out what constitutes identity.

Catherine was born in the northern suburbs of Montreal and now lives in Montreal. She is the author of two other novels, Marche en foret, a finalist for the prix des libraires du Quebec, and Madame Victoria. 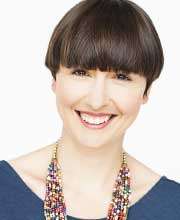