For many years, Charles Foran has alternated between writing fiction and writing non-fiction. Which is his first love? “Fiction summons that slightly more mysterious and deeper thing, the creative side. So at the end of the day, I think of myself as a novelist first and foremost.”

Planet Lolita, Charles’ new novel, follows the lives of a Hong Kong-based Canadian couple named Jacob Kwok and his wife, Leah MacInnes, and their two daughters. The family experience one another across a seemingly unbridgeable digital divide. Told in the voice of a bi-racial, “half-half” girl and the language of social media, it is a riveting novel of desires and consequences.

“Meet the Kwoks, one of the most maddeningly dysfunctional families, digital or otherwise, ever to saunter into CanLit,” writes the Toronto Star.

Charles has published eleven books, including five novels, and writes regularly for magazines and newspapers. He has won awards for his fiction, non-fiction, and journalism. A past president of PEN Canada, he is a senior fellow at Massey College, University of Toronto. 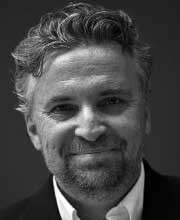