Charlotte Gray is a master at bringing the past alive. Her most recent book, Nellie McClung, part of the Extraordinary Canadians series, tells the story of Canada’s remarkable feminist, politician and social activist. Charlotte’s bestselling book, Reluctant Genius: The Passions and Inventions of Alexander Graham Bell, won the Ottawa Book Award and the Donald Creighton Award for Ontario History. Sisters in the Wilderness: The Lives of Susanna Moodie and Catharine Parr Traill, won the Canadian Booksellers Association Libris Award for Non-fiction Book of the Year.

Born in England and educated at Oxford and the London School of Economics, Charlotte has written for every major magazine and newspaper in Canada — including a regular column on national politics for Saturday Night Magazine — and has won many awards for her journalism. She is an adjunct research professor in the Department of History at Carleton University and has been awarded the University of British Columbia Medal for Biography and the Pierre Berton Award for distinguished achievement in popularizing and promoting Canadian history. 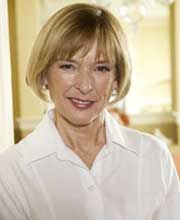