If anyone still believes that Canadian history is dull, Charlotte Gray provides the antidote. Author of eight acclaimed works of literary nonfiction, she’s also a frequent political and cultural commentator on radio and television. Her early books were all award-winning bestsellers. The Times Literary Supplement called
Sisters in the Wilderness: The Lives of Susanna Moodie and Catharine Parr Traill, “a fine and astringent book,” and the Globe and Mail described Mrs. King as “an outstanding biography,” with “all the insight, colour, drama, and interest of fiction.”

More recently, Reluctant Genius: The Passionate Life and Inventive Mind of Alexander Graham Bell won the Donald Creighton Award for Ontario History and the City of Ottawa Book Award, and was nominated for the Nereus Writers’ Trust Non-Fiction Prize, the National Business Book Award, and the Trillium Award, while journalist Paula Todd called Nellie McClung an “inspired pairing of tale and teller.” It’s no wonder that in 2003, Charlotte received the Pierre Berton Award for distinguished achievement in popularizing Canadian history.

Charlotte’s latest book, Gold Diggers: Striking It Rich in the Klondike, traces the lives of two women and four men who were part of the stampede to Dawson City in 1896. By brilliantly interweaving the stories of these colourful characters—including struggling writer Jack London, feisty entrepreneur Belinda Mulrooney, and the legendary Sam Steele of the North West Mounted Police—Charlotte creates a fascinating panorama of a frontier town where desperados, saloon-keepers, gamblers, dance hall girls, churchmen, and law-makers all jostled against each other in the search for fortune.

Born in Sheffield, England, and educated at Oxford University and the London School of Economics, Charlotte now lives in Ottawa. Currently Chair of Canada’s History Society, she is also a member of the Order of Canada and a Fellow of the Royal Society of Canada. This is her second appearance at Kingston WritersFest. 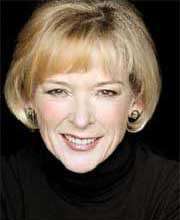 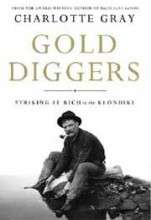